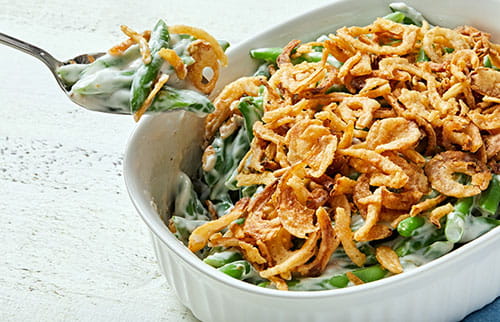 Green bean casserole is a staple of Thanksgiving tables. Casserole in the USA doesn't quite mean the same as it does in the UK. In England, it generally refers to a bit of meat slow-cooked in liquid, more akin to a stew. In the US it translates as any dish cooked in a casserole dish in the oven, often with a crispy, crunchy or cheesy topping.

< Back to Mustard Recipes

Get Inspired With Creative Recipes & Ideas